While this update mainly focuses on bug fixes, improvements to features, and general quality of life improvements, we've managed to sneak in a few hats! :)

Before we dive into the gameplay changes and bug fixes, let's talk about our new hats. We have four new hats (some are platform specific) that you'll be able to access from the mailbox outside of Turnip Boy's greenhouse. Here's a preview of one of them - Cat ears are in! =^._.^= 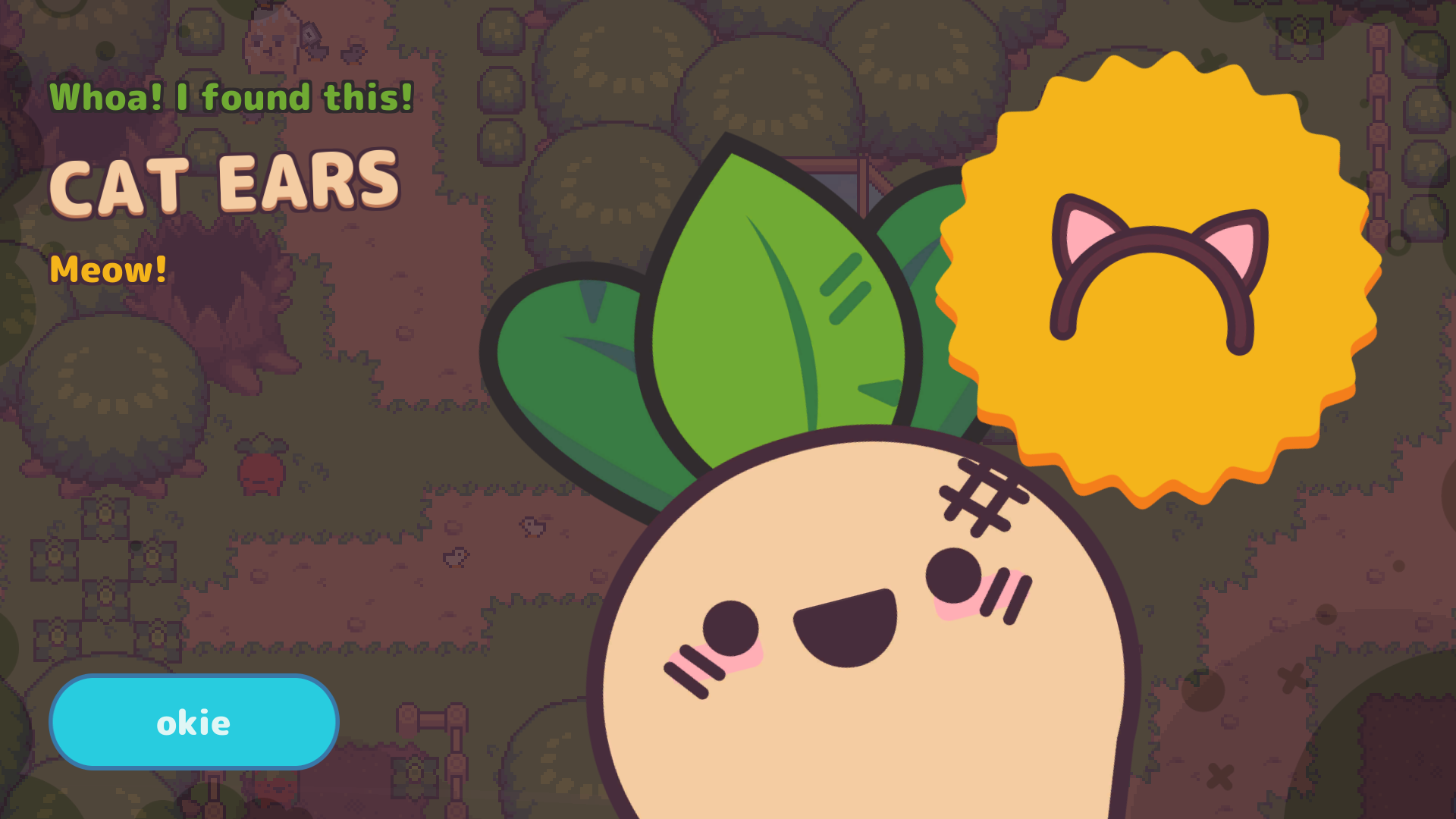 We hope this update resolves some common issues, and we hope your turnip experience is fun as heck! :)

Play as an adorable, trouble-making turnip and avoid paying your taxes!